The most inhumane act is the offence of Ragging on a human being by an inhuman creature.

Ragging is an offence under UGC Regulations on Curbing the Menace of Ragging in Higher Educational Institutions 2009, which defines ragging as:

Causing, inducing, compelling or forcing a student, whether by way of practical joke or otherwise, to do any act which detracts from human dignity or violates his/her person or exposes him/her to ridicule from doing any lawful act. By intimidating, wrongfully restraining, wrongfully confining, or injuring him or by using criminal force on him/her or by holding out to him/her any threat of intimidation, wrongful confinement, injury or the use of criminal force.

Ragging in all its forms is totally banned in this institution including in its departments, constituent units, all its premises (academic, residential, sports, cafeteria, etc.) whether located within the campus or outside and in all means of transportation of students whether public or private. The institution shall take strict action including but not limited to criminal proceeding and/or cancellation of admission against those found guilty of ragging and/or of abetting ragging and the burden of proof shall hereby lie on the perpetrator of alleged ragging and not on the victim. An offence of Ragging may be charged either on a written complaint by the affected or on independent finding of the Anti Ragging Squad.

The Institution is bound by the UGC Regulations on Curbing the Menace of Ragging in Higher Educational Institutions 2009.

In order that no incidence of Ragging is ever reported at Poornima Group, it has founded an Anti-Ragging Committee which governs the prevention of any means of Ragging either within or outside the college.

There have been no incidents of Ragging at Poornima College till date. 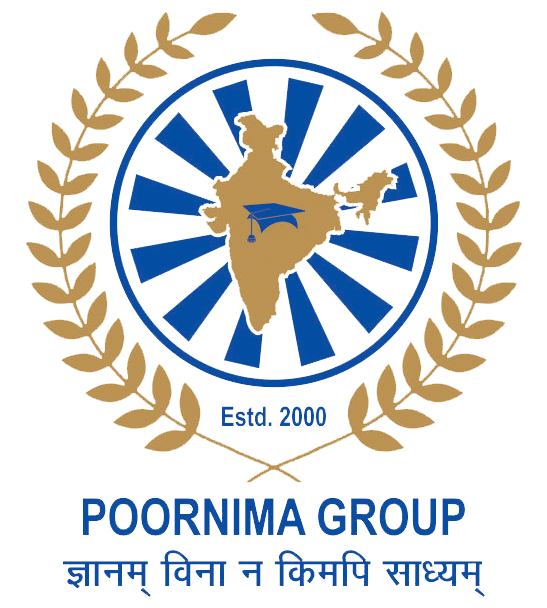